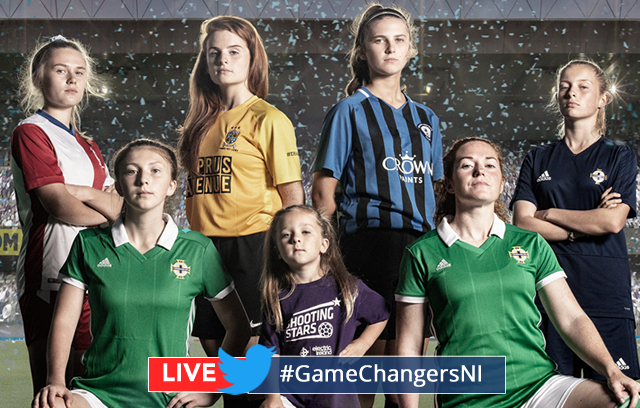 Welcome to our virtual event, exploring the differences in approach in coaching females versus males, touching on the barriers experienced from both the players’ and the coaches’ perspective. Join us to listen to coaching insights from leading coaches and players from a range of sports, with helpful hits and tips for improved coaching. This event is presented by Electric Ireland with the aim of bringing people together, adding value and continuing to support the development of female sport.

Hosted by Electric Ireland, this virtual event invoked insightful discussion, exploring the differences in approach in coaching females versus males.


Our Host and Panellists included: 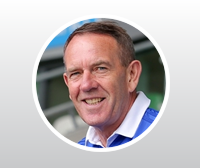 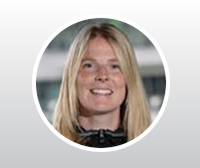 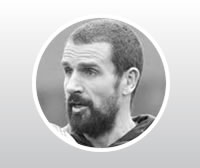 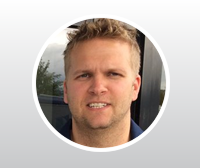 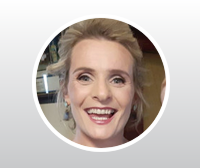 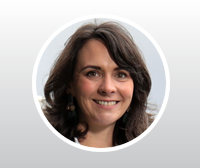 Electric Ireland is proud to partner women’s football across Northern Ireland supporting everything from community festivals at grassroots level to the players who have come through the elite player pathways to arrive at the top of the game. We are passionate about supporting and nurturing the talent and commitment of girls and women and in doing so bring more attention to the women’s game.

Our partnership with women’s football is a game changer demonstrating our commitment to the community, inspiring the next generation of female footballers and supporting the ambitious outreach to get more women playing football and more people talking about it.

It is now just as important, if not more so, to bring attention to and support the women’s game throughout this pandemic. Join us on the 4th February to join the conversation.


Great event happening this evening where some of the top names in Irish sport will tackle the biggest issues in coaching at the moment - don't forget to tune in! @ElecIrelandNI #GameChangershttps://t.co/Pi6lWkih5p


Really looking forward to chatting with the rest of the panel on a very important topic! Well done to @ElecIrelandNI for getting behind it again!👌 check out https://t.co/TCe1VMAgD4 4th Feb at 7pm. It will be a very interesting hour with very experienced coaches 👌👌 pic.twitter.com/Z1tWg5h8uX

Pity it was only an hour!

Hopefully we'll see more events like it in the future...

Do you have a question? Simply type your question below and we will read it out for you. * time permitting

You can send questions at www.slido.com using the event code #gamechangersni

Kenny Shiels is Manager of the Northern Ireland Senior Women’s National football team. In December 2020 Kenny’s team made history by making it to the play-offs of Euro 2022. He spent his playing career at different levels in the Irish Football League before moving into coaching with the Northern Ireland national football team (under 17s) and English league side Tranmere Rovers where he was head of youth development. He moved to Scotthish Premier League club Kilmarnock in 2010 as assistant manger and was promoted to manager in 2011 leading the club to win the Scottish League cup in his first season. Following stints at Greenock Morton and BEC Tero Sasaana, he Managed League of Ireland club Derry City, moving on to take up his current role in May 2019.

As a player and a manager of both female and male teams, Kenny has keen insights into the differences in approach in coaching men and women. Recent media reports note that ‘from the experienced campaigners through to the younger members of the panel, there seems to be a consensus that the 63-year-old has instilled much-needed confidence in the team, providing a style of play that they have grown comfortable with and believe in. "He's taken the shackles off" as Callaghan said after the Faroes victory.’

Neal works for Ulster Rugby as a Development Officer with specific responsibility for the women and girls’ game. He holds a Sports Studies Degree and a Masters in Sports Coaching from Ulster University and a Post-Graduate Certificate in Education from Canterbury Christ Church University. Neal has over 20 years’ experience working in the world of sport. The first ten years were spent working predominantly with adults. From 2010-2013 Neal worked as rugby and fitness coach at a prestigious boys secondary school in London before returning to Northern Ireland to take up his current role with Ulster Rugby. In his current role he has gained experience working with women and girls of varying ages, ability, experience, motivation and ambition. Through his involvement with the Ulster interprovincial squads, Neal has been fortunate enough to witness several players journeys from club to province and onto the national stage at both U18 Girls and Senior Women level. Neal’s Masters Dissertation investigated the development of an optimum development environment for the Ulster Senior Women squad.

As Club and Workforce Manager at Netball Northern Ireland Tom Causer manages and oversees the officiating and coaching systems. His career in coaching has developed both through on-going education, he will complete a Master’s degree in Sports Coaching from the University of Ulster this year. In practice, Tom was Irish National Assistant badminton coach pre London 2012 Olympics and coached the NI team to the best ever results at a Commonwealth Games in Glasgow 2014. The learning journey continues as a coach educator and developer working in badminton and other sports. Involved with Netball Northern Ireland since 2017, he has been central to the growth and success of Netball NI.

Gail Redmond is Women's Domestic Manager at the Irish FA Foundation and former head coach of the Glentoran women's team. Her success is well documented, Glentoran Women (previously Glentoran Belfast United) are the most successful side in the Electric Ireland Challenge Cup competition, having won it eight times, most recently in 2019 when they beat Linfield Ladies 1-0 at the National Stadium at Windsor Park. As a former player who has been coached by men Gail has a wealth of insight and experience to bring to the conversation.

Briege Corkery is one of the most successful GAA players in history, winning 18 All-Ireland medals across Camogie (7) and Football (11) for her county, Cork. Briege is also a dual All-Star, she began her county career at 18 and is still representing Cork today. She plays her club camogie with Cloughduv and football for St. Val’s. Her illustrious career has seen her coached by both males and females, making her perfectly placed to share her experiences of the challenges, barriers and opportunities of coaching females from a player’s perspective.

Anne Smyth is a Sponsorship Specialist with Electric Ireland. Anne’s passion for sport developed as a young girl and she has carried that passion through into a successful career in communications that has largely focused on sport. Before joining Electric Ireland where she manages a diverse portfolio of sponsorships that includes the award-winning Electric Ireland Game Changers campaign*, she worked in communications roles with a wide range of sporting organisations including Ulster Rugby, Sport Institute Northern Ireland, Rugby Players Ireland and Team GB and NI at the London 2012 Olympic Games.

Anne played hockey at school and continued on playing for clubs whilst at University and starting out her carer in London, pre Covid she had joined a social hockey group with aspirations for getting back ton the club game some day.

She has passed her love of sport onto her children and her daughter is a keen Shooting Star, one of the many programmes supported by Electric Ireland Game Changers.

If you need help please contact our live stream team at support@switchnewmedia.com