Welcome to our virtual event, where we will be exploring why teenage girls drop out of sport.

Hosted by Electric Ireland, this virtual invoked insightful discussion, exploring the issue of Why Do Teenage Girls Drop Out Of Sport?”.

Research has shown that one in two young women drop out of a sports activity before they reach the age of twenty, a specific statistic within Irish sport. There are multiple reasons why young women drop out. There is also a perception in schools that boys are better at sports than girls which results in more time being spent in developing their skills. As the sponsor for women’s and girls’ football at every level across NI, Electric Ireland has identified this as an area where we can lend pragmatic and tangible support with the ultimate aim of helping young women in sport and in particular, female football, grow.

The event began with a provocative question:

“Why do teenage girls drop out of sport?”

We explored the different reasons and address the solutions and support we can provide to these young women.

We discussed how sport is a huge benefit for mental and health development at a young age, and how the skills learned through sport can be useful for future careers. Also, to highlight the opportunities for women in sport and how it is an exciting time to be a young woman in the sporting world.

The outcome of this event will be to have reached and educated young women, their parents and coaches on how they can help to sustain their interest in sport and to encourage future female athletes.


Our Host and Panellists included: 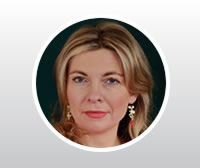 Clinical Psychologist and Psychology Lecturer at NUI Galway & author of Love In Love Out - a compassionate approach to parenting your anxious child. 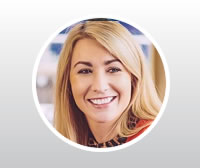 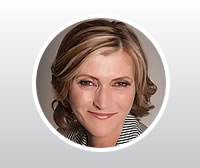 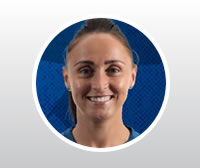 Danielle plays for Crusaders Strikers, and is currently the Women’s Football development officer for Ulster University and IFA 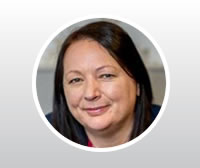 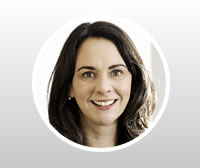 Electric Ireland is proud to partner women’s football across Northern Ireland supporting everything from community festivals at grassroots level to the players who have come through the elite player pathways to arrive at the top of the game. We are passionate about supporting and nurturing the talent and commitment of girls and women and in doing so bring more attention to the women’s game.

Our partnership with women’s football is a game changer demonstrating our commitment to the community, inspiring the next generation of female footballers and supporting the ambitious outreach to get more women playing football and more people talking about it.

Presented by Electric Ireland, this virtual Game Changers event is the third in a series, celebrating the women and girls who are changing the game for women’s sport throughout Northern Ireland. Electric Ireland is keen to continue to add value to and support the development of female sport through this coaching event

It is now just as important, if not more so, to bring attention to and support the women’s game throughout this pandemic. If you missed the conversation you can watch again via the video above.

Do you have a question? Simply type your question below and we will read it out for you. * time permitting

You can send questions at www.slido.com using the event code #gamechangersni

Dr Malie Coyne is a Clinical Psychologist and Psychology Lecturer at the National University of Ireland Galway and sits on the Mental Health Advisory Panel for the A Lust for Life charity. With her considerable experience of working with children and families, Malie is fast becoming one of the leading voices in compassionate parenting in Ireland. Through her advocacy work, public speaking and print, radio and television contributions, Malie shines a light on mental health issues and promotes wellbeing throughout our lives. Dr. Malie Coyne is an expert in children’s mental health and published her first book ‘Love In, Love Out – A compassionate approach to parenting your anxious child’ last June. Her book comes at a crucial time when children’s mental health is facing a significant challenge due to the ongoing Coronavirus pandemic. She also played key expert role in Caroline Foran’s bestselling book ‘Owning It’ and co wrote ‘The Little Book of Sound’ with Niall Breslin and Susan Quirke.

A former All Ireland winning Gaelic football and International Rugby athlete and current Coordinator of Women & Girl’s rugby at Ulster Rugby, Eliza has had quite a varied career on and off the pitch, working in the public, private and non-for-profit sectors. Eliza is passionate about developing others. She has over 10 years’ experience as an athlete, leader, and performance coach supporting and developing personnel within the Performance environment. She has represented her country at the 2010 Women’s Rugby World Cup, captained her county to historic wins and stood on the steps of Croke Park raising the cup on All Ireland final day. Through sport she has enjoyed the sweet taste of success while pushing through bitter disappointment with all these experiences shaping her unique approach and mindset for future goal setting and challenges.

Danielle McDowell is a massive advocate for women in sport in Northern Ireland. She has been involved in women’s football for many years in various capacities and has represented Northern Ireland 43 times for the women’s football team. She currently plays for Crusaders Strikers, coaches football part time and is currently the Women’s Football development officer for Ulster University and IFA. It is a dual funded role and Danielle is responsible for women's football development at Ulster University and coordinating the IFA girls and women’s Performance Academy based at Jordanstown. Her part time work is with crusaders fc as head of girls development. Since the early age of four, football has always been a part of her life, even playing for the boys’ team in Primary School, going on to Captain the boys team at Newtownabbey Community High School. In 2005, Danielle received a Soccer Scholarship at Lee University in Tennessee which led her to join a Semi Pro club in Mississippi in the Women’s Premier Soccer League in 2014. She has a BSc degree in Sports Coaching from Ulster University.

Anne Costello, a native of County Clare, provides mindfulness programmes for positive mental health and well- being to top 100 companies across Ireland. She is also active as a sports coach. Enhanced by her many years as a community health nurse, Anne delivers uniquely designed group and individual programmes for Business, Community, Education and Sports. Anne ‘s involvement is sport spans a lifetime. She represented her native County Clare in camogie in her youth and continued her love for the game when she moved to Boston. She served for two years as President of the North American Camogie Association. After moving to Belfast Anne was also instrumental in setting up camogie for Bredagh GAC in 2005. Her years of coaching at underage led to being voted Most Inspirational Camogie Coach in Ireland in 2019. She has a special passion for getting young girls involved in sport – seeing it as a major contributor to good mental health, resilience, and overall wellbeing.

Anne Smyth is a Sponsorship Specialist with Electric Ireland. Anne’s passion for sport developed as a young girl and she has carried that passion through into a successful career in communications that has largely focused on sport. Before joining Electric Ireland where she manages a diverse portfolio of sponsorships that includes the award-winning Electric Ireland Game Changers campaign*, she worked in communications roles with a wide range of sporting organisations including Ulster Rugby, Sport Institute Northern Ireland, Rugby Players Ireland and Team GB and NI at the London 2012 Olympic Games.

Anne played hockey at school and continued on playing for clubs whilst at University and starting out her carer in London, pre Covid she had joined a social hockey group with aspirations for getting back ton the club game some day.

She has passed her love of sport onto her children and her daughter is a keen Shooting Star, one of the many programmes supported by Electric Ireland Game Changers.

If you need help please contact our live stream team at support@switchnewmedia.com


International Day of The Girl

Topic: This online event celebrated women and girls who are changing the game for women’s sport throughout Northern Ireland. Watch more »